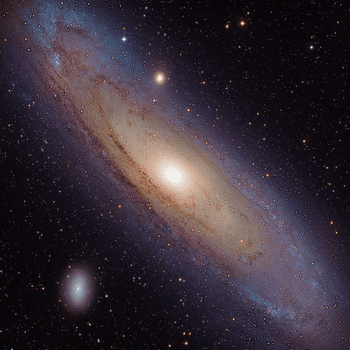 Your place to discuss the night sky.

Profile Photo: Burley Packwood spent 18 hours of exposure time collecting light from the Andromeda Galaxy, which is about 2.5 million light-years away. Along with the Orion Nebula and Pleiades, Andromeda is one of Packwood's favorite deep-space objects to image. Photo by Burley Packwood.

Banner Photo: Green Valley resident Burley Packwood has spent the last 20 years making images of the night sky and deep-space objects. This is an image of the Orion Nebula. Packwood took about 13 hours of 20-minute exposures and multiple short exposures to compile  this single image. Photo by Burley Packwood.

I just watched an Amazon Original documentary that I found pretty amazing. It’s called “Good Night OPPY” and is about the Mars rover “Opportunity.” Both “Opportunity” and its sister rover “Spirit” were sent by NASA to Mars in 2003 and were expected to live to 90 days. “Spirit” remained operational for more than six Earth years and “Opportunity” remained operational for nearly 15 Earth years. If you have an opportunity to see this documentary, I think you'll enjoy it.

“As a parent, I’m proud. We rewrote the history books. But as a human being, I’m really sad. Because she was a friend.

Narrator: Sol 5,352. 15 years into the mission. Since the very first day, when she rolled herself into a hole in one at Eagle Crater, Opportunity has affectionately been called the lucky rover. And now, after receiving 13,744 command files and lasting 5,262 sols past her original retirement age of 90 sols, Opportunity’s incredible journey has come to its end. Good night, Opportunity. Well done.”

Liked by Kevin Murphy and 2 others

A show in the sky

Did you get a chance to check out the Super Flower Blood Moon on Sunday night?

It was shocking to see how blood-red the moon appeared. The moon looked like something from a sci-fi movie

Here is a recorded livestream from NASA of the Super Flower Blood Moon as seen from telescope views across the world, including an episode of NASA Science Live that explains the science of the total lunar eclipse.

Share your photos of the Super Flower Blood Moon with the community.

Liked by Burley J. Packwood and 1 other

NASA's new James Webb Telescope is still about two months away from beginning its first official scientific observations this July, but it's already sent back some dazzling test images showcasing what the $10 billion telescope can do.

Astronomers showed off the comparison on Monday (pictured below) between one of Webb's infrared test images of the Large Magellanic Cloud, a small satellite galaxy of the Milky Way, and the same view captured by NASA's previous infrared observatory, the Spitzer Space Telescope.

Once the science begins, professors and researchers at the University of Arizona in Tucson – many of whom had a hand in designing the telescope – will get a front row seat to its observations.

The James Webb Telescope is the largest and most powerful astronomical observatory ever sent into space, and was designed to explore the cosmos both near and far, from the atmospheres of moons orbiting planets in our own solar system to the most distant observable galaxies in the early universe.

After its launch on Christmas Day 2021, the telescope reached its final destination (an orbital point around the sun about a million miles from Earth) in January, and finished aligning its 18 mirror segments in April.

NASA has also set up an interactive webpage where you can follow the James Webb Telescope's progress through space. Find it at: webb.nasa.gov/content/webbLaunch/whereIsWebb.html

Liked by Kevin Murphy and 1 other