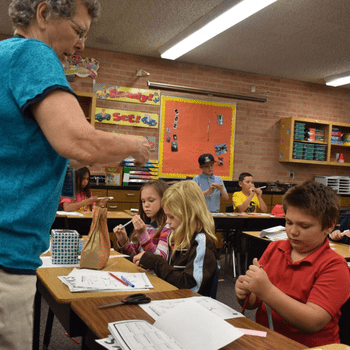 What's happening in your child's school?

My name is Jamie and education is one of the beats I cover. I watch every school board meeting for both districts. However, I don't cover everything that occurs in them.

After a school board meeting, including Continental, you can often find news briefs I did on the topics with more public interest in the briefs section of our paper.

We do not typically publish meeting agendas, including SUSD and CESD. Full agendas for both districts can be found on their own websites, as well as the calendar of meeting dates.

You can access their calendar of meetings at:  https://www.continentalesd.org/264737_21

It looks like their next meeting is on July 12. The agenda is not available yet, so keep checking that first link. They post the agendas a little closer to the meeting date.

Sorry to ask another question, but I'm not sure if I'm seeing what I think I'm seeing. Are there two Education groups on this site?

Continental Elementary School District will have their next governing board meeting tonight at 5 p.m.

One of the items on the agenda is sponsored by Board Member Shelley Kais and has to do with critical race theory (CRT).

In her proposed resolution it states:

"Educating students in Continental Elementary School District #39 on history, civil rights, racism, and the negative impacts racism has had throughout history is necessary and should be done in a thoughtful, historically accurate, and appropriate manner;

WHEREAS, some concepts contained in critical race theory degrade important societal values and, if introduced in classrooms, would harm students’ learning in the public education system;

NOW, THEREFORE, BE IT RESOLVED that the Governing Board of Continental Elementary School District #39 strongly recommends that the Administration and Faculty review standards for curriculum and ensure that the following concepts are not included in the curriculum standards

• That one race is inherently superior or inferior to another race;

• That an individual should be discriminated against or receive adverse treatment because of the individual’s race; or

In a nutshell, CRT examines social, cultural and legal issues as they relate to race and racism. The concept first began developing in the mid-1970s and has been a prevalent topic of interest now. It centers around the idea that racism is systemic.

States like Oklahoma, Idaho and Florida have banned teaching of critical race theory in public schools, and more states... (More)

Superintendent Manny Valenzuela recommended having the change go into effect July 1, after summer programs are completed. But board member John Sparks changed the motion to have it go into effect immediately.

For more information, see this article.

What do you think about the new mask policy?