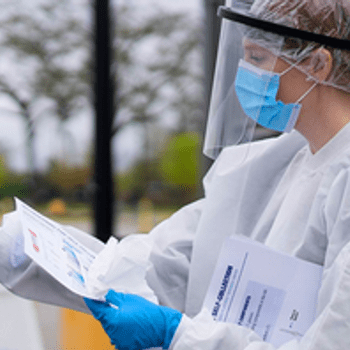 Damon B.
Posted 5 days ago

When my dad was diagnosed with age related, cognitive decline, as a biologist, I knew there was something better than what you see on television. Cordyceps is the 2nd ingredient in the formula I developed for him (and I call it CO-GEN 10) coming to Green Valley in the fall.

Cordyceps serves several functions. Here is one such research abstract.

Ischemic hypoxic brain injury often causes irreversible brain damage. The lack of effective and widely applicable pharmacological treatments for ischemic stroke patients may explain a growing interest in traditional medicines. From the point of view of "self-medication" or "preventive medicine," Cordyceps sinensis was used in the prevention of cerebral ischemia in this paper.

Cordyceps sinensis extract significantly improved the outcome in rats after cerebral ischemia and reperfusion in terms of neurobehavioral function. At the same time, supplementation of Cordyceps sinensis extract significantly boosted the defense mechanism against cerebral ischemia by increasing antioxidants activity related to lesion pathogenesis. Restoration of the antioxidant homeostasis in the brain after reperfusion may have helped the brain recover from ischemic injury.

Damon B.
Posted 18 days ago

When my father was diagnosed with cognitive decline, I developed an effective formula for him. Comprised of clinically established, plant ingredients that pharmaceutical companies won't promote, because no one can patent a natural plant. I call the formula CO-GEN 10. One ingredient in it is called Lions Mane (hericium erinaceus). Below is just one such trial on the cognition. Coming to Green Valley in the fall.

To investigate the efficacy and safety of three H. erinaceus mycelia (EAHE) capsules (350 mg/capsule; containing 5 mg/g erinacine A active ingredient) per day for the treatment of patients with mild Alzheimer’s Disease (AD).

This study comprised a 3-week no-drug screening period, followed by a 49-week double-blind treatment period with 2-parallel groups in which eligible patients were randomized to either three 5 mg/g EAHE mycelia capsules per day or identical appearing placebo capsules. Cognitive assessments, ophthalmic examinations, biomarker collection, and neuroimaging were followed throughout the study period.

Liked by Kevin Murphy and 1 other

Reader question: What are the best options for home health care in the area?

Today’s question: "What are the options for finding the right home care to allow my father to stay in his home as long as possible?"

Head over to the Green Valley News and Sahuarita Sun office at 101 S. La Cañada Dr., Ste. 24 to pick up a free copy of the magazine!