Skip to main content
All Groups
Letters To The Editor 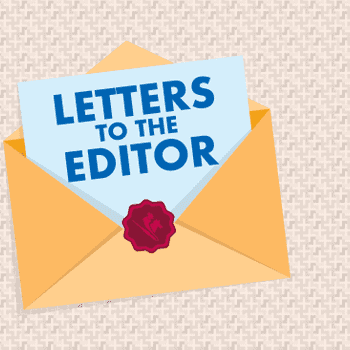 Our new hub for all of your letters to the editor. Write in to be featured in our paper!

To submit a letter, please use this form.

Letters To The Editor
Posted 11 days ago

Not standing for it

I don’t mind people exercising their right to stand on the corner waving flags. I find that the most annoying thing I can do is ignore them. But Thursday, a guy crossed the line. I was sitting in my car in the Sahuarita Safeway parking lot minding my own business, not even close to the store. It was a beautiful afternoon so I had my windows open. A car pulled up to mine. The driver asked me if I still supported Biden. I told him I was not going to engage in such a conversation. But he persisted, having noticed my very small bumper sticker and mentioning it. I told him again that I knew where he was going and that I wasn’t going to engage with him. After several rounds of this, he left, not getting what he stopped for. There’s no doubt in my mind that I was singled out by this man because of both my bumper sticker and that I was a woman. I don’t really care what anyone’s politics are. But when someone is out intentionally looking for a fight, or thinks it might be fun to harass a woman, think again. I’ve got your number and every other man who thinks this is acceptable. You picked the wrong woman, fella.

Want to submit your own Letter to the Editor? Use this form: https://www.gvnews.com/site/forms/letters_to_editor/
1 reply

Liked by Marilyn Querciagr... and 1 other

Letters To The Editor
Posted 11 days ago

Mark Cuban, and his Cost Plus prescription drug company has figured out how to do something important that our legislators have not. His company is providing prescription drugs at a significant discount over standard retail prices. I recently saved over $100 on a 90-day supply of a generic migraine drug. That's approximately 40% less than any local pharmacy charges. By eliminating middlemen and excess bureaucracy, his company has found a way to deliver quality prescription drugs at reasonable prices. Why can't our legislators, Medicare, etc, do the same?

Want to submit your own Letter to the Editor? Use this form: https://www.gvnews.com/site/forms/letters_to_editor/
1 reply

Letters To The Editor
Posted 14 days ago

Last night before the Big Game I was texting with a good friend of ours. Her daughter went to TCU so we were trading "GoFrogs"! She sent me a cute picture of her granddaughter in a TCU cheerleader outfit. Her husband passed away a few years ago and I said that I was sure Tom was cheering from Heaven! It got me to thinking. So many of us have sports as a big part of our lives. We watch with family , friends and by ourselves. We raise our kids and grandkids to root for "our teams" and love every time we can do it together. It's a connection across generations, regional ties and school bonds. Many of my most cherished memories are sports related. Those that know me know that "I'm a TarHeel born....a TarHeel bred.....and when I die , I'll be a TarHeel dead"! So is there Cable in Heaven .... Oh my goodness , I sure hope so! Larry Taylor Green Valley & UNC-Chapel Hill

Want to submit your own Letter to the Editor? Use this form: https://www.gvnews.com/site/forms/letters_to_editor/
Reply
Discussion

Letters To The Editor
Posted 28 days ago

Jim Herman's OpEd on Wednesday, Dec. 28, reached the incredible conclusion that January 6 was the fault of both political parties. Huh? (“The terribly high cost of political division,” Page A6.) Those weren't Democrats storming the Capitol, Jim. Those weren't Democrats listening to President Trump speak before marching to our nation's seat of government and beating police officers into pulp and defecating in the halls of Congress. Those weren't Democrats plotting on overturning the election with fake electors. It's fine to be an Independent, but don't be oblivious to the facts.

Want to submit your own Letter to the Editor? Use this form: https://www.gvnews.com/site/forms/letters_to_editor/

Liked by Laurie Cirrincione and 2 others